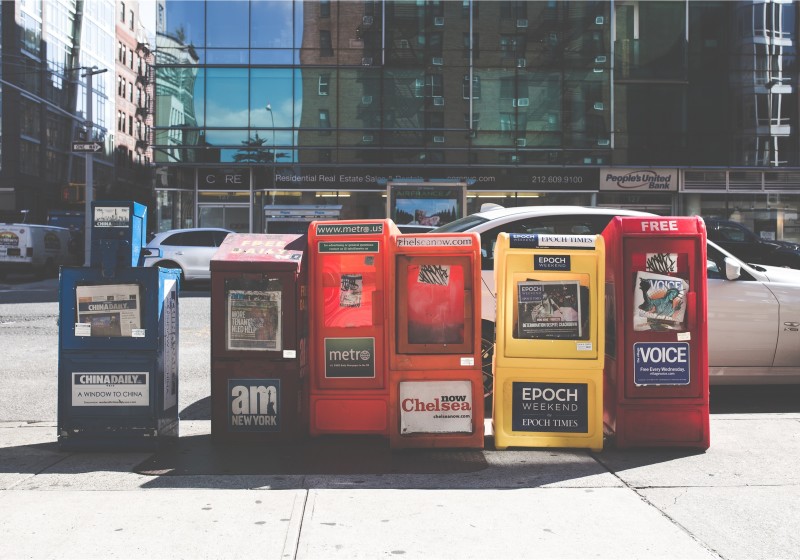 A FEW MONTHS ago, a team at Twitter began to test a new feature. Codenamed Project Lightning, this project was an attempt at making Twitter easier to understand, especially if you’re not a power user, or new to the platform entirely. “When you jump into Twitter,” says Madhu Muthukumar, a product manager at Twitter, “things are already mid-stream. Because you’re not on Twitter most of the day. So when you get there, the odds that something started the second you got there is low.” Internally, they thought providing a better sense of context and history might go a long way toward getting people up to speed. Right after they got a prototype running, a story began to unfold. A confusing story. Happening almost entirely on Twitter, with huge ramifications for a thing—NBA basketball—a lot of people care about. It started with Chandler Parsons tweeting an airplane emoji, just as members of the LA Clippers began to track down All-Star center DeAndre Jordan, barricading themselves in his house until he agreed to remain with his current team. All the public saw was a bunch of emoji, and the picture Paul Pierce tweeted because apparently Paul Pierce has never used a smartphone. The tweets were later rounded up and shared on every sports site and TV show on the planet, but Muthukumar and his team saw the story unfolding differently.

They were looking at Moments, the official name for what came of Project Lightning. Coming to Twitter users in the US beginning today and around the world soon, Moments are, as Muthukumar says, “just tweets in a row.” They’re curated collections of tweets, images, videos, anything you can find on Twitter today. Everything is full-screen, with big images and video. Moments have beginnings and endings, and can change and evolve over time. Mechanically, they feel a lot like Snapchat Discover, except you follow stories instead of brands. Moments are a respite for people who’d otherwise waste time furiously refreshing their timeline, and far more importantly, they’re a way to use Twitter for people who don’t get Twitter at all.

A small team at Twitter is making Moments now, but soon every one of its 300-million-plus users will be able to. Moments are designed to turn conversations and events into something readable and retrievable, and to help people wade into the bristling chaos of Football Twitter or Oscars Twitter or#superbloodmoonTwitter, and feel like they’re part of the conversation.

Moments are very much the future of Twitter. It’s no accident that they’re being rolled out publicly the day after Jack Dorsey was made the company’s permanent CEO, nor is it insignificant that Moments will sit dead center in Twitter’s navigation bar. Twitter needs to grow; it needs to make more money; it needs to recapture its place at the center of the world’s conversation, a lofty pedestal assaulted from all sides by those like Facebook with much larger user bases and war chests. It needs to be easier to use for everyone, especially those who can’t or won’t spend hours curating the perfect timeline. Moments is the answer to all of those things.

The timeline’s not dead, but make no mistake: From now on, for most people, Moments is Twitter. Twitter is Moments.

“There’s a very long-lived theme internally,” Muthukumar says, “about how we get the very best content to people. How do we organize the content on Twitter, and start showing it to people in a way that they can easily find it?” From the ill-fated Discover tab to the more recent (and more useful) While You Were Away feature, Twitter’s been working on this problem for years. It’s still arguably the place where most news breaks, where you can see first-person stories the world-over unfolding. It’s all there—if you can find it. “But to do that,” Muthukumar say, “you have to do a little bit of work.”

To explain, Muthukumar taps on the lightning bolt icon in the center of his iPhone’s Twitter app to launch Moments. When I mention that I’m glad the lightning bolt is still there (and that Project Lightning is a way better name than Moments), he laughs. “We really do love the Lightning bolt a lot,” he says. “It’s been at the heart of everything that we do, we really love it.” They even tested a version of Moments called Lightning. “Turns out it confuses the hell out of people.” Nobody knew what it meant—some users thought it indicated weather news.

Moments does two things. First, it gives stories and tweets a longer, more coherent life. Rather than flowing off your timeline or interspersed with memes and jokes, it pulls things into a single place where you can see it—and access it again later. But it’s also a way to inject yourself into the path of the firehose in a more manageable way. If you’re watching a football game, or the latest episode of Empire, you can opt to follow the moment around those two events. That will inject a real-time feed of good tweets into your timeline around that event; in the case of a football game, it was the feeds of both teams, broadcasters, other players, and the NFL itself.”

“This is the content people come to Twitter for,” Muthukumar says. “This kind of roar-of-the-crowd. And we can give you that, all the way through the end when we know that a story’s going to break like that. And then right at the end we can tell you, here’s the end line—the Ravens beat the Steelers—your moment has ended, and then from then on out, no more of those tweets.” So while on one hand, Moments is a collection-and-archival tool, on the other it’s a way to experience an event in real time without doing all the work to prepare.

Inside the app, Moments looks like a magazine or news app: a few featured stories, and a list of others you might want to read. Everything is full-screen, with a premium on images and video. Vertical video, specifically. “If we think about where generally the puck is going, especially for Twitter, the content we want is from important sources at the scene,” Muthukumar says. “So how are they capturing content?” He holds his phone up above his head, vertically, answering his own question. “So we’re optimizing for that.” You can use landscape video, or text-only tweets, but Moments is all about the sort of janky media that makes it powerful in the first place.

The Moments landing page is a mish-mash of stories, and you can swipe left and right through sections like Sports and News. Everything’s dated by its last update, and moments you’ve already clicked on are grayed out. When you get to the end—this is important—you’re at the end. It’s clearly made to be easy, digestible.

Muthukumar opens one titled “Rihanna slays in Dior” The first page is like a cover, a large picture of Rihanna and a sentence about the Internet’s collective meltdown at the Dior dress she wore to Paris Fashion Week. “Ah, got it,” Muthukumar says. Now we have context. Then he flips through a few more photos from various attendees and news organizations, and a behind-the-scenes video of Ri-Ri herself getting ready. Nine or 10 swipes later, and Muthukumar feels like he gets the gist.

That’s kind of what Moments is about: getting the gist. The cover slides are particularly important to Twitter’s goal, giving people a quick sense of what the hell everyone’s talking about. “They set a baseline for everyone,” he says. Next he opens a moment about Arne Duncan, who’d just announced he was stepping down as U.S. Education Secretary. Here’s a CNBC hit on the news; here’s a video of a talk he gave a while back; here’s a picture of Duncan playing basketball with Obama! You get a quick overview of the news, and some context on the guy himself. (He’s very good at basketball.)

Muthukumar is careful to say he doesn’t know how people will use Moments—when anyone can make one, he says, they’ll do crazy things he can’t even imagine. That’s how @ replies became a thing, how hashtagging took over—Twitter’s most successful when it’s listening to its audience. Already, Muthukumar says, he’s seen people make moments out of Q&A’s, where you swipe through the back and forth; he’s also seen the life of a meme in a moment, and he walks me through one that’s just cool pictures and videos of Angkor Wat.

“If you wanted to go and find this on Twitter today,” Muthukumar says, “maybe you’d get a tweet. Maybe if you’re really good at Twitter, you’ll get three of those tweets. But it’s hard for regular folks to just show up and find this content right away. So the goal for us is to let this vignettes be really flexible, they should operate the way tweets operate.”

Internally, Moments are thought of as tweets. Anything a tweet can do, a Moment can do. You can tweet them—they show up as cards, like a picture or a poll—or embed them, send links to them, pin them, search for them, whatever. They’re just tweets in a row. Soon, anyone will be able to make them.

You’re In the News Game Now

For now, when you tap on the lightning bolt to open the Moments menu, you’ll see the same list as everyone else. This is temporary. Maybe. It feels odd for the service so built on personalization to have such a one-size approach, but Muthukumar says he’s not sure what the right way forward will be. “We can probably personalize these and tailor them well, but our traditional signals might not be the best way of figuring that out.” You might not want to follow Taylor Swift every day, and you might not care about the NBA—but when she’s fighting with Apple or there’s an amazing emoji war going on, you’ll tune in. “For now,” he says, “we’re going to recommend the content we think is timely and relevant.”

That’s where Twitter’s position gets tricky. Muthukumar is careful to note that Twitter’s making and sharing moments based solely on external factors: Are they being clicked on? Are people getting to the end? Are they sharing it when they finish? He swears Twitter’s content-agnostic, interested only in surfacing things that people have expressed they want to see. “If it’s cats on skateboards? Cats on skateboards! Let’s keep doing it.” And, of course, there’s still the timeline. “For people who love the Twitter experience they have,” he says, “maybe they’ll be a little upset that there’s a lightning bolt at the bottom, but other than that nothing will change.”