companies compete to lure young, socially minded talent, they are stepping up their B game.

More companies are touting the B Corp logo, a third-party seal of environmental and social credentials, to attract young job seekers who want an employer committed to both a social mission and the bottom line. As a result, the B Corp logo—a circumscribed B—has been popping up on everything from company websites to office signage to shopping bags, even as some question whether the designation means much.

Since 2007, a nonprofit organization called B Lab has been certifying for-profit companies that demonstrate sustainable business practices, such as producing less waste and tapping local supply chains. Applicants are evaluated on their treatment of employees as well as their impact on the community and environment. So far, 859 companies, including clothing company Patagonia Inc., Ben & Jerry’s, online crafts marketplace Etsy Inc. and cleaning-products maker Method Products Inc. have qualified, paying annual fees ranging from $500 to $25,000 for the certification, depending on size. 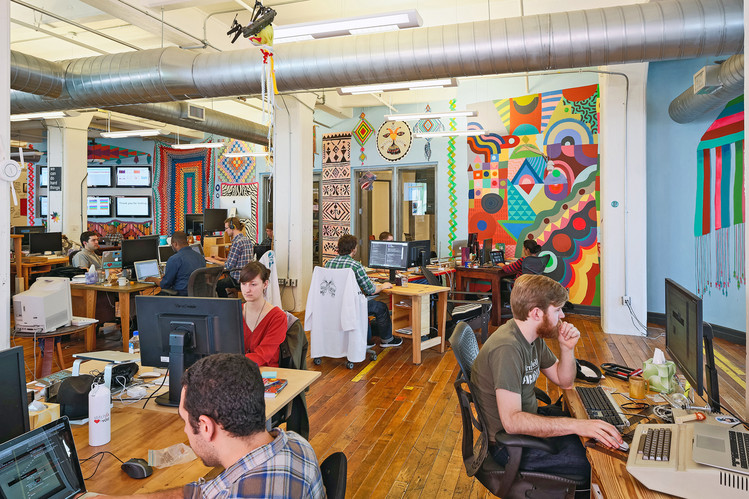 Companies say the certification hasn’t necessarily changed the way they operate, but it has reeled in potential hires who might not have given them a second look otherwise.

“If your company offers something that’s more purposeful than just a job, younger generations are going to choose that every time,” saysBlake Jones, president and chief executive of Namasté Solar, a Boulder, Colo., solar-technology installer and B Corp.

Recent studies have shown that millennials—people between the ages of 21 and 32—place especially high value on the chance to make a social impact through work.

Rachel Siemens, 24 years old, regularly scours B Lab’s online job board for full-time positions that fit her skill set and passions for community involvement—she has volunteered as a geriatric-yoga instructor—and the environment. She is currently a social-media and marketing intern with Ideaction Corps, a Chicago management-consulting and creative-services company and B Corp.

Ms. Siemens said she would choose to work at a B Corp over an uncertified for-profit firm with similar values, though she hasn’t had to make that choice.

Rob Michalak, director of social mission at Ben & Jerry’s, says the B Corp designation, earned in October 2012, has sparked interest among 20-something job seekers, though the ice-cream company has emphasized its social mission since the 1980s. (The company was acquired by Unilever in 2000. Unilever isn’t a B Corp, but Ben & Jerry’s, a wholly owned subsidiary of the parent company, is eligible.)

Smaller companies say they’ve noticed a similar shift. New Seasons Market, a 13-store grocery chain in the Portland, Ore., area, has stamped the logo on its grocery bags and buttons for employee aprons. The chain also has made the designation prominent in its recruiting for a new head of human resources.

Roy Notowitz, whose recruiting firm is handling New Seasons’ search, says the B Corp designation, along with other factors, has helped attract better-qualified candidates with experience at well-known brands and retailers.

“New Seasons could just be a little tiny nothing grocery chain in Portland,” says Mr. Notowitz, whose recruiting firm is also a B Corp. But he says the company’s commitments to employees and the environment—it is certified as a zero-waste company and offers profit-sharing—”make people pause and pay attention.”

The B Corp certification adds a layer of third-party accountability, says Jay Coen Gilbert, a co-founder of B Lab. About 25% of the 400 registered benefit corporations in the U.S. have opted to become B Corps, he says, adding that interest from the corporate sector is “high.”

A B Corp isn’t the same as a benefit corporation, a legal designation available in 19 states and the District of Columbia that allows a company to prioritize a social mission over its bottom line.

Some companies say they aren’t convinced that the B Corp’s four pillars—workers, community, environment and governance—align with their priorities. Michael Preysman, founder of Everlane, an online clothing retailer building its brand around the concept of “radical transparency,” says he is unsure whether he’ll pursue B Corp certification. At the moment, he says he’s more interested in education projects with Everlane’s factory workers in developing countries.

Nevertheless, Everlane has become a magnet for young talent. Mr. Preysman pins the average age of staffers in the company’s San Francisco office at 26 or 27.

Business schools have taken note, too. Yale University’s School of Management, which offers some student-loan assistance for students who choose to work at nonprofits, is doing the same for graduates who go on to work for B Corps. Columbia Business School and New York University’s Stern School of Business have instituted similar programs.

Dennis Tseng, a 31-year-old Yale graduate student who had an internship at Etsy this summer, says he hopes to work for a B Corp after graduation. For Mr. Tseng, the rigor of the certification—Etsy scored high marks for paying temporary workers at least 43% more than the living wage and paying employees for time spent volunteering—makes it meaningful. “I know they’ve actually gone through a strict analysis,” he says.

Although the B Corp label is growing, many customers and job seekers simply don’t know what the designation means, some managers say.

It’s a conversation-starter, says Mr. Jones of Namasté Solar. “You still have to do a lot of explaining.”